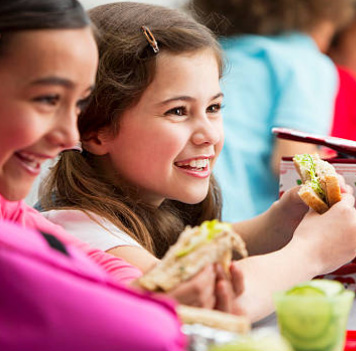 IMDEA Foods under the coordination of the general directorates of Infant, Primary and Secondary Education and of Universities and Research, is carrying out a study on the childhood obesity in 6 schools of the Community of Madrid in order to design strategies of prevention and treatment Of this disease. Childhood obesity is a global public health problem.Its association with other diseases, both in childhood and in adult life, as well as its high prevalence make it imperative to intervene.

According to the World Health Organization (WHO), the number of children under 6 years of age with overweight and obesity increased from 32 million in 1990 to 42 million in 2013 and by 2025 is expected to reach 70 million if the Current trends (WHO, 2014). With regard to Spain, and according to the ALADINO study (Growth, Food, Physical Activity, Child Development and Obesity Surveillance Study in Spain, 2015), 41.3% of schoolchildren between 6 and 9 years old are obese Or overweight.

Among the main factors that determine obesity we can talk about environmental factors, such as food and physical exercise, and also genetic factors. It is estimated that genetic factors can explain between 40% and 70% of the population differences in the Body Mass Index (BMI). One of the most studied genetic variations is that of single nucleotide polymorphisms (SNPs), genetic variations produced by substitutions of a single nucleotide in the genome sequence. SNPs are very numerous and a large number are associated with the development of obesity, being responsible for the diversity in physical appearance among individuals, differences in response to drugs, as well as predisposition to diseases. The effect of some SNPs associated with obesity on the increase of the BMI has already been observed since the 7 years of age.

In this context, the objective of the study carried out by IMDEA Food is to identify the genetic propensity for obesity in children in the first and second years of primary school, and to evaluate if its early detection together with specific health actions can prevent its development. The study, which began last March with one 300 students from 6 or 7 years of primary education, will finish in 2021 when these students reach the age of 10 or 11 years. During this period the students' nutritional status will be evaluated, including genetic determinations, which will allow both an initial assessment and subsequent actions to promote a healthy lifestyle. Participating families will receive nutritional and lifestyle recommendations to be carried out within their home and may also be applicable in school lunchrooms at the centers. "By properly sensitizing parents and educators, it is possible to combat childhood obesity, even for children who are prone to obesity", says Guillermo Reglero, director of IMDEA Food.