Objectives: The aim of this unit is to boost innovation from a communication perspective. Currently, there is a low flow of information between scientists, industry and end-users which delays knowledge transfer. This recently created unit has been implemented in IMDEA Food to catalyze the interaction between the IMDEA Food research community and relevant stakeholders. On the other hand, we aim to search and facilitate the transfer of knowledge generated through applied and basic research into applications for precision nutrition, and from whose use Society and Industry can equally profit.This unit brings Science to both Industry and Society through four strategic pillars:

IMDEA Food Director and Director of the Innovation and Communication Unit 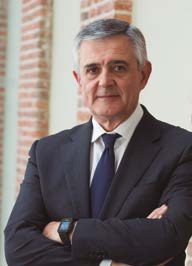 Guillermo J. Reglero Rada, PhD in Chemistry (1985). Full Professor of Food Sciences at the University Autonoma de Madrid (1999) and Senior Researcher of Consejo Superior de Investigaciones Científi cas, CSIC (on leave). Between 1993 and 1994 he worked as Specialist Technician of Industrial Projects for Centro para el Desarrollo Tecnológico Industrial (CDTI). Between 2002 and 2006 he was the Manager of the Food Science and Technology Program of the National Plan of R&D and between 2005 and 2010 he was a member of the Steering Committee of the UAM-CSIC Research Institute in Food Sciences, CIAL. Currently, he is the Director of IMDEA Food Institute and member of the Council of Science and Technology of the Community of Madrid. His line of research is focused on the relationship between food and health. He has directed projects of the EU Framework Program, as well as Consolider and Cenit Ingenio 2010, Cien, National Plan of R&D, projects of industrial R&D Innpacto and projects in collaboration with companies. Since 2005 he has coordinated a Program of Activities in Technology funded by the Comunidad de Madrid which is composed of groups of 10 research centers and hospitals. He has authored over 260 original research articles and 3 licensed patents in exploitation. In 2001 he received the Award of the American Oil Chemists Society, in 2008 the Prize of the Spanish Society of Gastrononía as Best Spanish Researcher in Food Science and in 2015 the Fundación García Cabrerizo Award to the Invention. 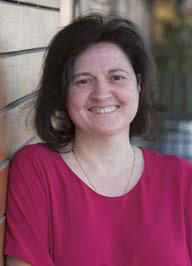 Dr. Maria-Jesús Latasa holds a Pharmacy degree by the University of Navarra and a Ph.D. in Pharmacy, specialized in Biochemistry and Molecular Biology, by the University of Alcalá. Throughout all her professional career, her research expertise has always been the regulation of gene expression on different tissues and systems, as well as in diverse physiopathological conditions. Thus, her work covers several topics, going from the regulation of the APP gene (implicated in Alzheimer’s disease) by various hormones and growth factors (IIBM-CSIC-Spain), to gene expression regulation during nervous system development by epigenetic factors (IC and IIBM CSIC-Spain), and research on the effect of the nutritional state on the regulation of FAS, the central enzyme in lipid synthesis (UCBerkeley-USA). Since her arrival to IMDEA Food, her scientific interests have focused on the effect of diet on the regulation of microRNA and other non-coding RNAs expression. For the last two years, she has also been involved in R&D&I activities within the EIT Food, with a special focus on the Education pillar. 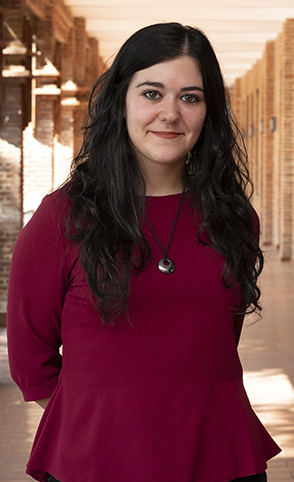 Marina Reguero Simón obtained her Biochemistry Degree at the Complutense University of Madrid in 2014, when she joined the Health and Veterinary Surveillance Center to study the detection and molecular and serological identification of pathogenic microorganisms in free lagomorphs. After this, in 2015 she continued her career by coursing a Master´s degree in Food engineering and Health at the Polytechnic University of Madrid. Meanwhile, she joined the Institute of Food Science Technology and Nutrition (CSIC), developing a project about the role of bioactive antioxidant compounds against UV light damage in retinal cells in the department of Metabolism and Nutrition. Later, she continued her career by collaborating in the Cajal Institute (CSIC) in Madrid within a project about the infl uence of specifi c diets in obesity and Alzheimer´s disease. In March 2016 she moved to England as a volunteer and there, in 2017, she joined the department of Food Sciences at the University of Central Lancashire in Preston as a research assistant. In February 2018 she came back to Spain with a Madrid Community Grant to develop her PhD in between IMDEA Food Institute and Natac Biotech, focused on precision nutrition studying the molecular effect of bioactive compounds for the development of nutritional supplements to achieve a healthy aging, in the department of Innovation. 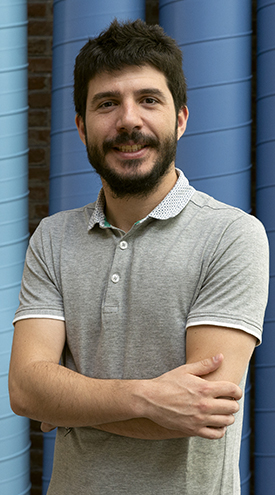 Adrian Bouzas Muñoz obtained his Chemistry Bachelor at Complutense University of Madrid in 2013. During the last year of his degree he worked with the Physical Chemistry Department at Chemistry School in Complutense University of Madrid over Raman Spectroscopy. Then, he decided to move into Medicinal Chemistry obtaining a Master in Drug Discovery carried out in the UCM, UAH and SP-CEU. During the master, he performed a research about elucidate the active site of proteins by NMR. In the same direction, in September 2015, he got an internship in Janssen Cilag, where he developed research in the fi eld of Neuroscience by synthesizing potentially active compounds in different neurodegenerative diseases. In April 2017, he moved to The Netherlands (Groningen) where he worked for Syncom B.V. specialized in Organic Chemistry and with projects in various fi elds in the industry. After passing abroad, in 2018 he joined the Innovation Group at IMDEA Food, beginning his PhD in bioactives against cancer. 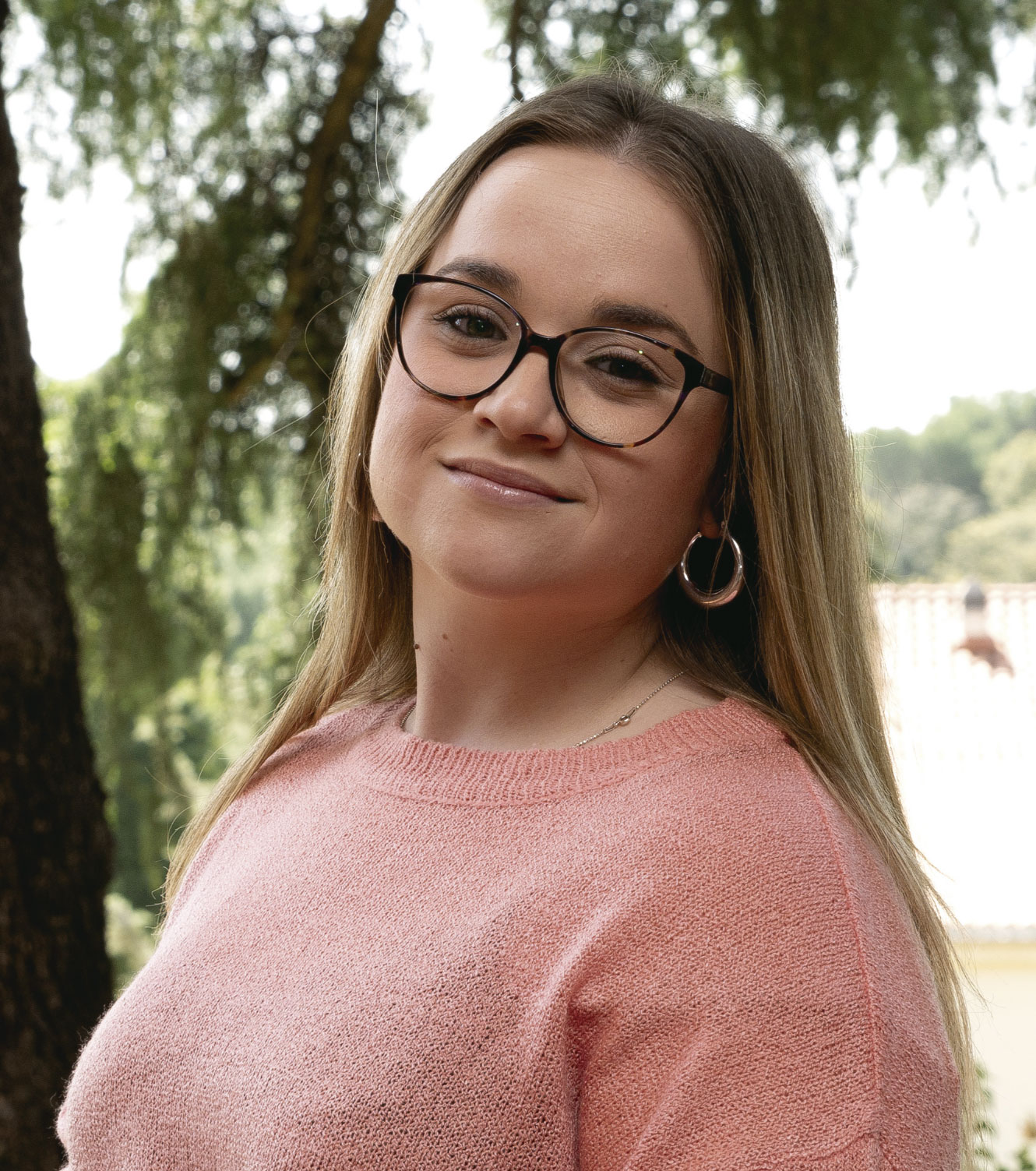 She was graduated in Biochemistry in 2014 at Complutense University in Madrid, where she performed Extracurricular internships at the Spanish National Center for Cardiovascular Research (CNIC) in magnetic resonance. Her Final Degree Project was focused on intestinal expression genes associated with Celiac disease, at Inmunology and Genetic Department, Hospital San Carlos. In 2015 she obtained a Master degree of Microbiology at the Universidad Autonoma de Madrid. Her Master’s Research Project was performed in the Department of Preventive Medicine, Public Health and Microbiology, in the development of herpes virus (HSV-1 y PRV) vectors for vaccines and gene therapy, under the supervision of Enrique Tabarés, Emeritus Professor of this University. She continues collaborating in this laboratory for 2 years until her incorporation at IMDEA Food Institute in February 2017 where she is working as a research assistant. 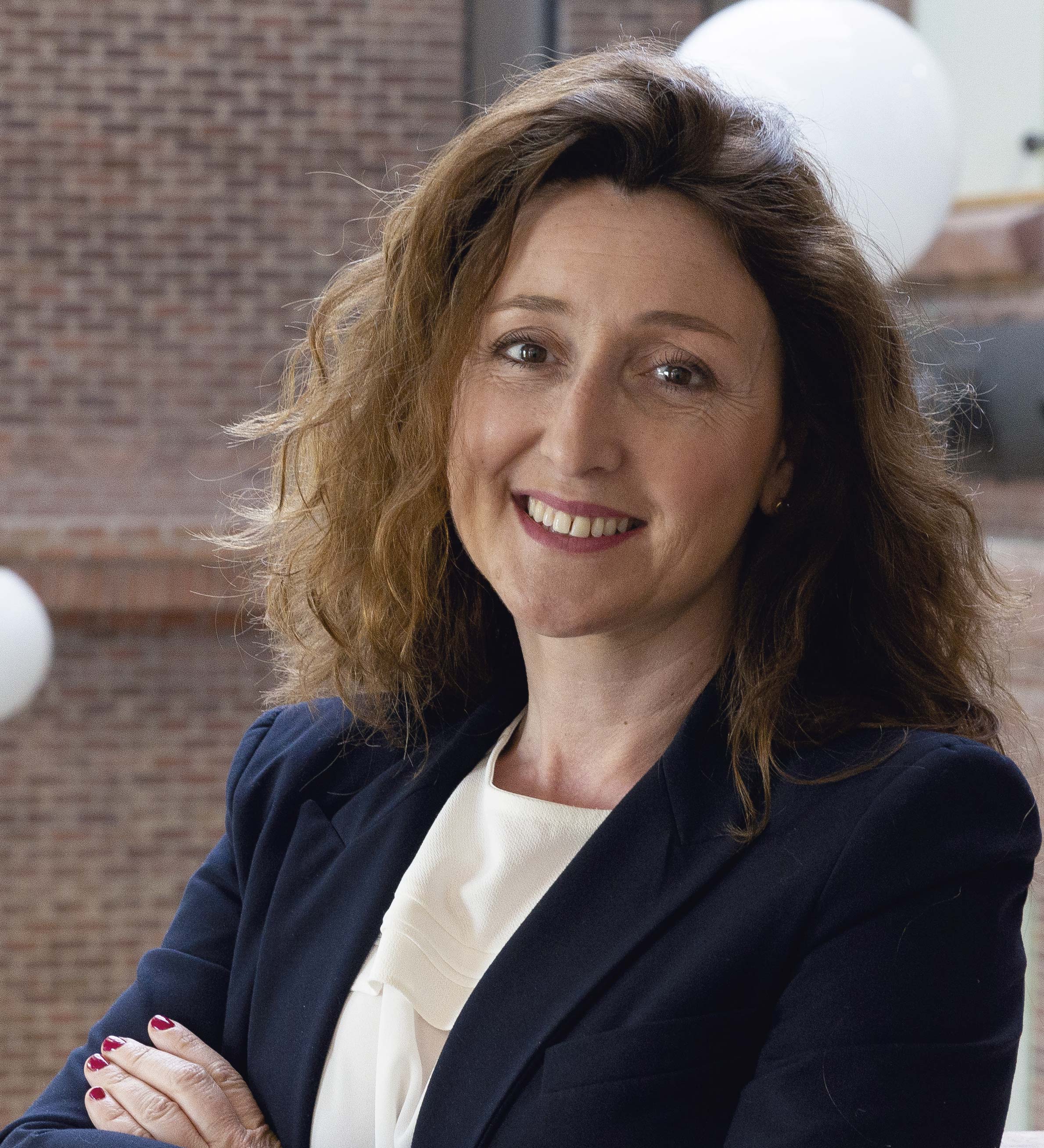 Sara Castillo Alonso holds a bachelor degree in Economics from the University Carlos III in Madrid, she has obtained a Master’s degree in Commercial Management and Marketing at Instituto de Empresa, as well as a Superior Program in Digital Marketing at ESIC Business & Marketing School. She has extensive professional experience in the areas of communication and marketing that she has carried out both in multinational companies operating in the field of consulting as well as in the industrial sector, and in public institutions. In 2014, she joined the IMDEA Food Institute as Communication and Institutional Relations coordinator being responsible for the Interactive Nutrigenomic Center development. In 2017 she became part of the newly created Innovation & Communication unit, being in charge of the Institute outreaching activities and the communications projects linked to EIT Food. 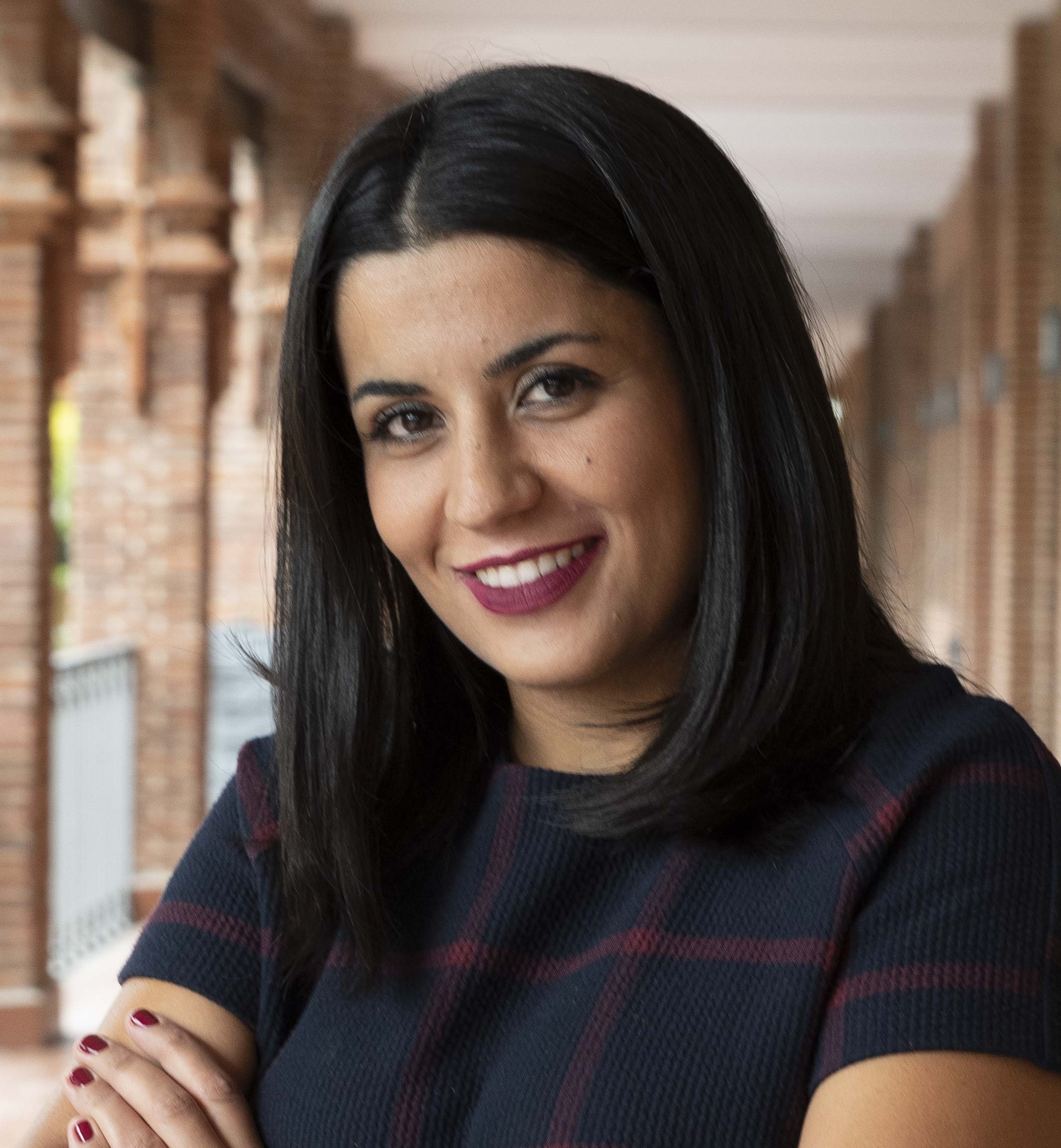 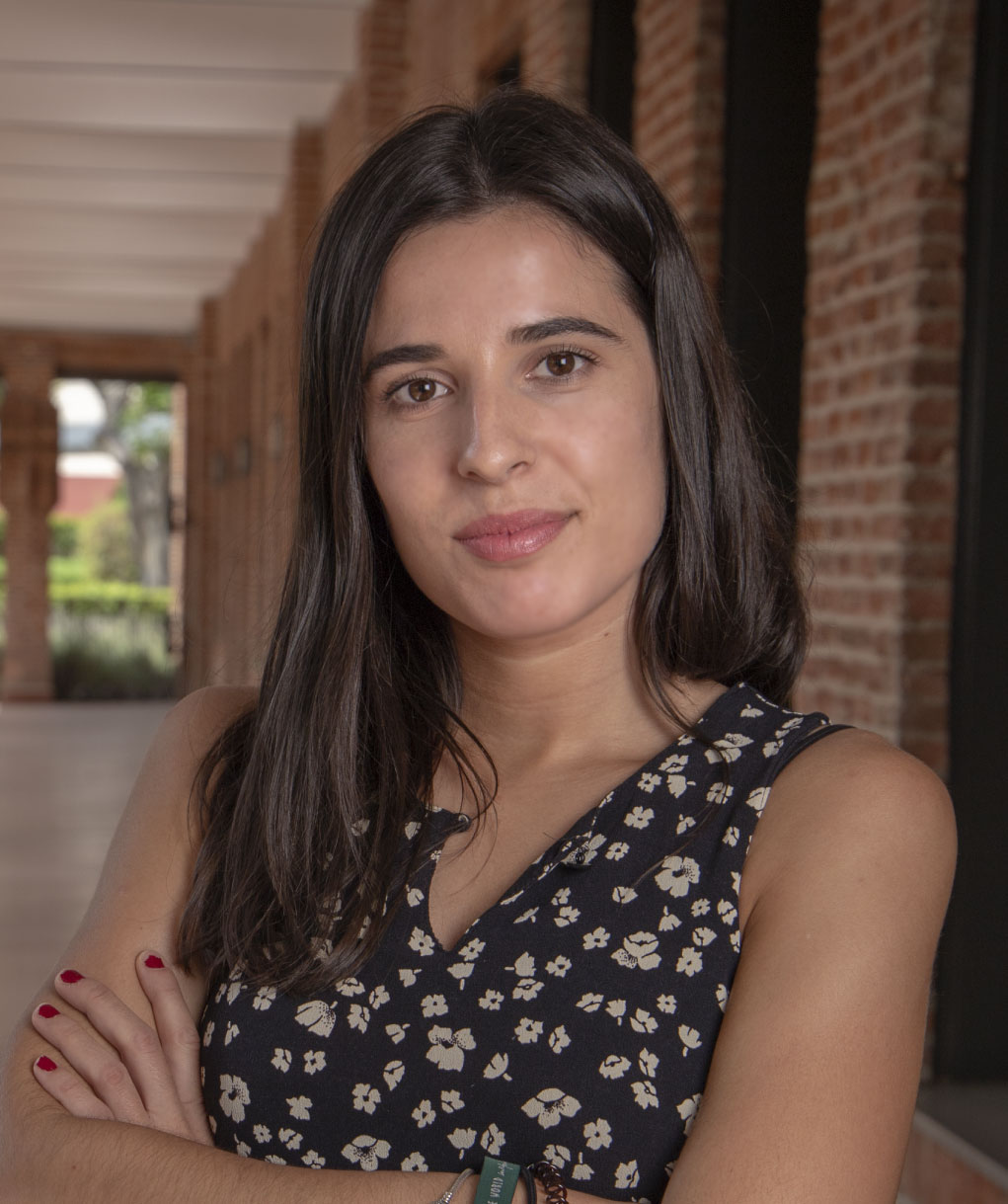 In 2017, Carolina obtained a Journalism Bachelor in the Complutense University of Madrid. Presently, she has more than two years of experience in journalism, communication and community manager tasks. In the beginning, she started to work in several media as a journalist. After that, she joined to a startup where she developed a tactical and strategic sense to manage the social community and to evaluate the KPI’s, customer experience and corporate communication under the Communications Head supervision. Also, she powered her innovative and disruptive instinct working in an entrepreneurial environment of startups and new business lines, being a part of sectorial events and carrying new communication proposals out. Finally, her last job has been in a PR agency as a client executive, where she carried out daily clippings and coverage reports. Nowadays, she is developing different skills in scientific dissemination and food stakeholder’s innovation in IMDEA Food Institute. 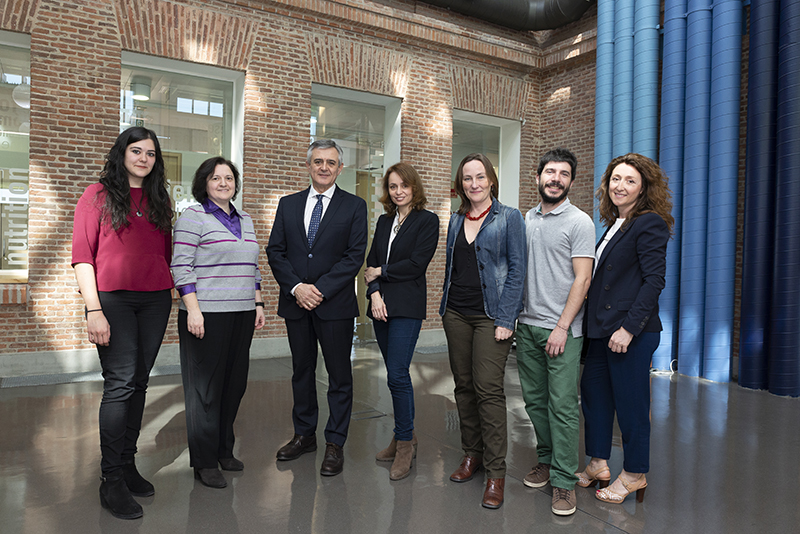